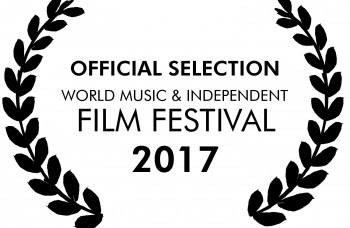 Win and Multiple Nominations from IHMA 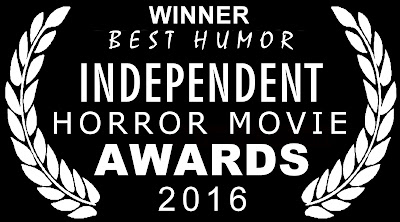 We took home a surprise WIN for "Best Humor" and it's strangely appropriate...

I never considered YOU'RE F@#K'N DEAD! to be a comedy and I'm sure most audiences wouldn't either, but I still take a lot of pride in the award simply because of what it tells me about the writing and directing. This film was written primarily as a serious "true-life" horror tale (with a supernatural twist) because the core of the story was meant to feel dangerous and real for audiences. The fine line between serious horror and "grindhouse" fun was something I paid close attention to during all stages of the production. Humor is actually the hardest element to get right no matter what kind of movie you're making and a filmmaker is never truely sure if they're getting it right until audiences see it. My intention was for the main characters to feel grounded in reality but also sometimes experience horror in a way that audiences could still find humorous when viewed from the safety of their couch. I also attempted to create humor through editing and I'm always happy to hear when those calculated moments resonate with audiences. For these reasons, I'm incredibly flattered to receive this award because it means the writing "worked" and the careful balance of the film's "tone" isn't going unnoticed. 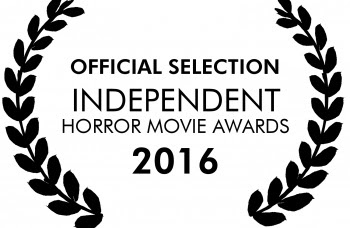 The IHMA marks our second monthly film competition and this one is really exciting since it features a lot of different awards. The awards include common categories like "acting", "editing", "directing"but, we're also just as excited to win some of their many "unique" awards like "Best Kill", "Best Gore" and "Best Special Effects" which our SFX team really deserves a nomination for.